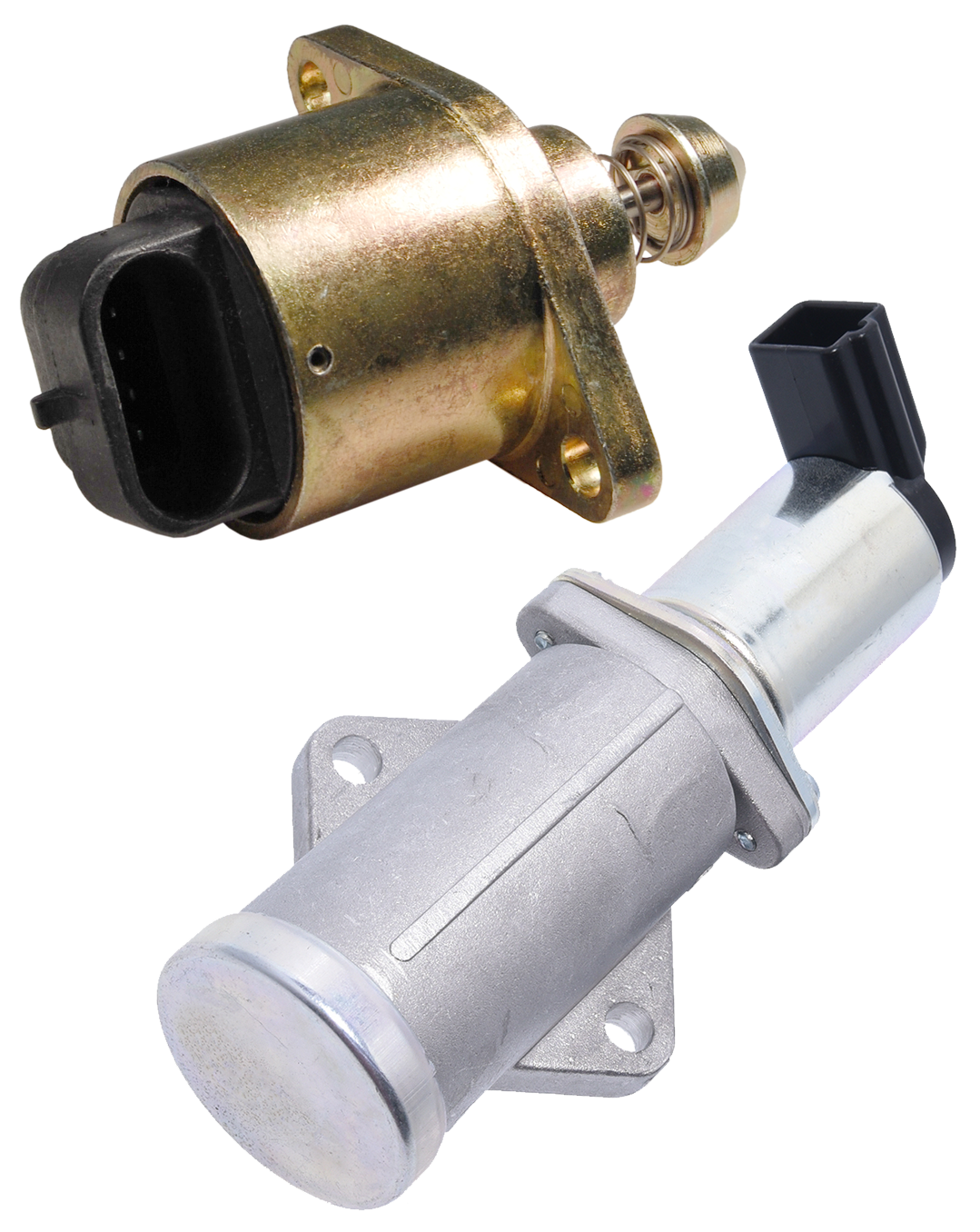 The Idle Air Control Motor (IAC), also referred to as the Throttle Air Bypass Valve (TABP), is a stepper motor controlled by the vehicle’s onboard computer. The computer moves the pintle in and out of an opening that bypasses the throttle blade. This allows the computer to precisely control idle speed when varying loads are placed on the engine.