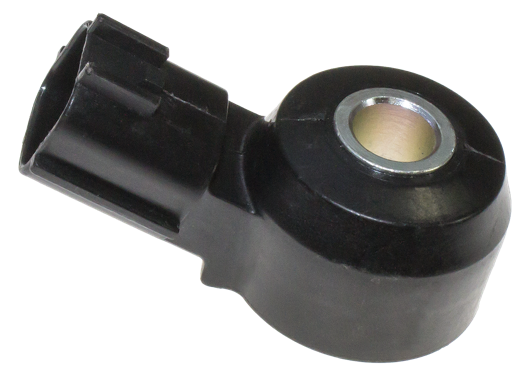 Knock Sensors (KS) are sensors that detect engine block vibrations caused from engine knock and sends a signal to the vehicles onboard computer to retard engine timing. The knock sensor is located on the engine block, cylinder head, or intake manifold and is used to sense vibrations caused by engine knock or detonation. The vehicle’s onboard computer (Powertrain Control Module [PCM] or Engine Control Unit [ECU]) uses this signal to alter the ignition timing and prevent detonation. It compares this information with its preset tables to identify a valid knock or ping.